Taking you to 1987 stories and spitual start of TV gods

I am going to take you back into the past, in 1987 when this story happened. I was 3 years old and we lived in a rented house in Nagpur. I remember the name of the house owner, it was “sangole”. He was an old man, tall to 6 feet in height with a “pappu-munna” face-cut who always used to shout at his grandchildren for their mischievous activities in which I was the leader. There were no video games or regular TV serials as today. If there were video games, then people were not that used to them. 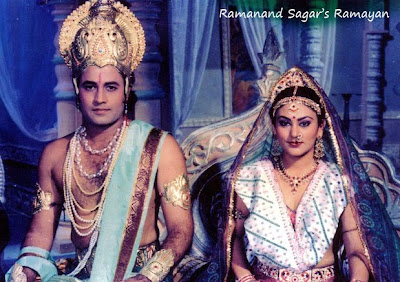 The daily schedule of men was working from 9 Am to 5.30 Pm and when back they used to go to the market with a basket in hand. Women used to gather in the front of the house with a charpayi(A cot of olden days made of wood and coir) and a set of vegetables for their dinner. They will then start gossips about their neighbours and relatives but this would never end in a quarrel or cry.

Children were more active and always seen playing on the roads surpassing the vehicles that crossed. It was not like today when children are always seen busy with their never ending tuition and mini and micro tests that start in a loop. There were less vehicles on the roads and that too some bajaj scooters, if I remember “lambretta scooters” were on the verge of being extinct. People were busy with their life and still find time to devote a part of their life for their family. 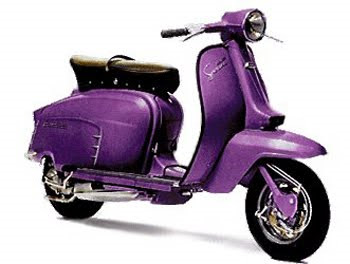 Those days were really funny and we shared a lot of joy and happiness with the fellow neighbours called “muhalle wallas”.

It was 7.30 AM, Sunday and all rushed into their house shouting at their family members who were still in the bathrooms to vacate it. It appeared as if all are getting ready for a trip or a visit to the temple and that was time bound. Don’t wonder! It was all for the Ramayan serial by Ramanand sagar that will begin at 9.30 AM on doordarshan. During that time, Doordarshan was the only channel to broadcast on televisions. 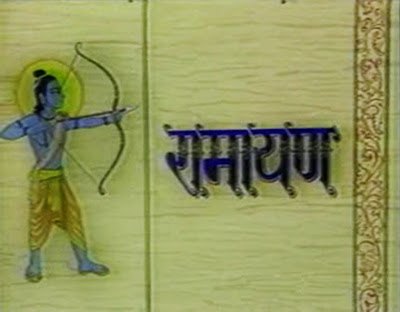 In the complete locality there were only few houses that had television. TV used to be encapsulated in a big box with closing doors at those times. People would come with a garland in their hands with diya and sweets before the serial began. They will put the garland on the television and then lit the diya and would say some prayers. I remember how all neighbours used to assemble in sangoles house to watch the serial. They will be mum and will watch the serial, and get enchanted with the dialogues coming from their serial gods. 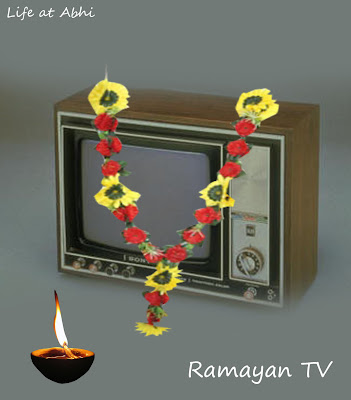 I feel like laughing when I think about the mentality of the people during those times who would pray to the gods in the serial ramayan, the way they do to the gods and goddesses in temples. Ramamnand sagar’s ramayan starred Arun govil as Ram and Deepika as sita. I read once in a news paper that people in India used to greet Arun govil and Sita with flowers and would worship them in homes like god. 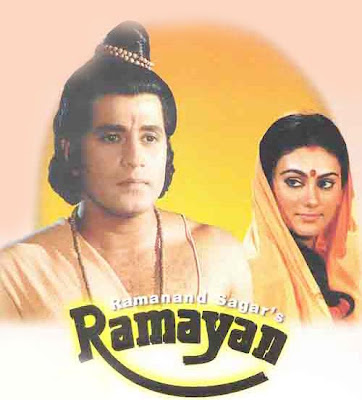 These all are worth a smile when we think about them today.
Also my uncle said that there was a Rajnikanth movie been played in tamil nadu few years ago where Rajnikanth is attacked by a villan and he finds himself without any weapon. A fellow viewer threw a knife on the screen saying “Please have this and kill the guy”. Ha ha… I am not surprised to imagine the 1987 ramayan freaks when I compare rajani fans today who have even built a temple for him.

I was chatting with Avinash regarding the differences between North India and South India. Between the discussions Avinash mentioned that all Hindu gods in older serials are from North India including Ram, Krishna etc. I had no answer and I said that lord hanuman was from south India. To make my explanation appear more real I said since South India had dense forests and greenery hanuman preferred to stay here. I don’t know the reality but he believed it.

I also remember the “plastic gadha” (gadha is Lord hanumans weapon) that my father purchased for me due to my insistence and I used to take this to my friends resembling Dara singh who starred as Hanuman in TV serial Ramayan. Dara singh was my favourite character in Ramayan who would fly in the sky, lift Ram and lakshman on his shoulders and would say the dialogue “Jai Sri Ram” and then sounds would come from my neighbours replying “pavan suth hanuman ki jai”. Ha ha… 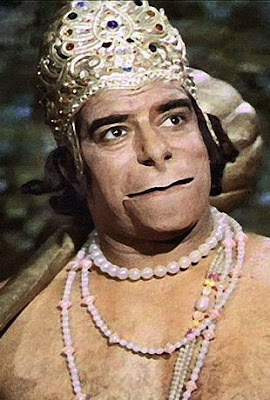 Those were the days worth remembering. Also I remember the tears people would spend for the sita when she was taken by Raavana on the puspaka vimana(Pushpaka chariot owned by Ravana that can fly in the sky). People were completely involved in the serials and considered the characters a part of their family.

I hope the same incidents you might have witnessed might not be as funny as mine. Don’t forget to mention them here as comments. They will be worth reading.

Why Doordardhan’s Ramayan is re-invented again and again